Every year, the Charité Clinics for Paediatrics of the University Medical Center Berlin invite to an exclusive gala to raise money for children with severe chronic and rare diseases and to raise awareness of the importance of research in this field. The guests of the Charity for Charité Gala come from business, science, culture, media and the Berliner Society.

For the first time, SwarmWorks was able to support this important initiative in 2016 as a partner. Embedded in a prominent supporting program, SwarmWorks teamed up with Charité to develop an interactive quiz that would liven up the event and motivate attendees to more donations. The result was a quiz format in which the guests were able to put their knowledge about the Charité to the test in five rounds. Each table formed a team. For each round, a sponsor in the room was able to declare in advance that if the questions were answered correctly (at least 50% of the guests had to be correct), they would donate their donation.

Competition increases fun and willingness to donate
In keeping with the occasion, the quiz was designed in a festive layout. After each question, an appealing visualization showed not only which table teams were right, but also which team was the fastest. This was a charming way to create additional competition that increased the fun factor. In an animation after each question was shown whether the guests had made the 50% barrier and the donation would actually be distributed. In total, around 260,000 euros of donations were collected that evening, for which the quiz made a valuable contribution. 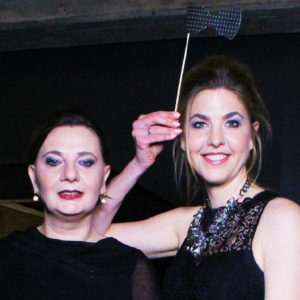 Fundraising and Social Marketing, Children's Hospital of the Charité

“With our charity quiz we had the opportunity to involve all the guests in the room in generating donations. Everyone was able to make a contribution through his knowledge. That was great and activated everyone. In our view, SwarmWorks can really enrich any kind of event. We are simply thrilled with the great cooperation. Not only with which openness and curiosity our first ideas were received, but also by the creativity in all solutions. All this has always encouraged us in this new approach and a lot of fun. Thank you, SwarmWorks! Any time again.”