We are Uniper: Start together!

Green light for Uniper! On New Year, the operational separation of E.ON was implemented. This was celebrated with an emotional kick-off event in January 2016, with the entire team starting with SwarmGaming in the collective – to show “We are Uniper!”

On January 14, 2016, the management board of Uniper celebrated the launch of Uniper together with the German workforce in the Rhine-Ruhr area. SwarmWorks effectively supported the company in the emotional kick-off event at the ISS Dome in Düsseldorf and brought the motto “We are Uniper” to life: Two different games from the SwarmGaming section provided not only a good atmosphere, but also increased team spirit. In addition, the core businesses of the company “Power Generation and Trading” also came into their own. Because the energy world is characterized by speed, agility and digitization as well as by the need for reliability and security. Uniper as an international energy supplier with a broad know-how and a keen sense for innovative energy solutions clearly belongs to it. And shows what a real “energizer” is. In this case, the rousing action factor that comes with SwarmGaming. The aim of the event was to set a tone. To fire a starting gun. And to encourage all participating employees – a total of 2500 – to the highest performance for the next few years. Especially on SwarmGaming, which effectively boosts the fun factor and makes the kick-off a real experience event.

Made-to-measure energy kicks
In the game Ice Pong – especially tuned to the ice hockey location in Dusseldorf – the participant teams showed how much energy they really have. In order to strengthen the corporate identity of Uniper at the same time and to shape the corresponding “Look & Feel”, the game interface was personalized with Uniper Corporate Design and logos. The subsequent racing, in which all participants then headed together in the direction of the home straight, finally made for a really fast-paced energy kick and clarified the motto “We are Uniper”. This game was also personalized.

Moderation with pure entertainment factor
As moderator Ralph Bartels went to the start. The economic moderator (Congress Award 2007) has been on national as well as international stages for around 15 years and knows exactly what it takes to animate people, entertain visitors and inspire participants. He also proved his profession at the Uniper kick-off and fueled both the management and the workforce. A true mood maker who knows how to enrich an event and effectively lead it to its goal. 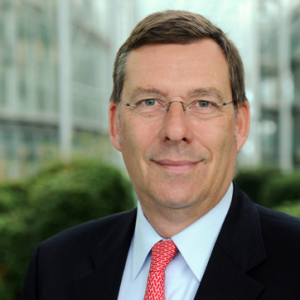 “2,500 employees at the start of Uniper at the ISS Dome Dusseldorf: to have them all in one hall and move them physically and emotionally, but in their seats – and to convey the message that we at UNIPER are all in one strand in one Pulling the same direction: this is only possible with SwarmGaming. In addition an optimal and very personal support of SwarmWorks from the customer-oriented advice over the excellent conception and the ingenious branding up to the really perfect implementation: thanks to SwarmWorks this was a start for Uniper, which one could not have wished for. “