In February, around 1,500 engineers met in Sindelfingen for a management event. To loosen up the event and actively engage attendees, SwarmWorks’ used its world’s most unique gaming technology.

The customer’s desire was to reach the employees in a special way. As the FIFA World cup cast their shadows ahead, we suggested that the audience compete against each other in teams at our football pong. In this way, the Daimler management event was given a team-building as well as a competitive character, which was very well received by the customer. Strategically placed at the beginning of the event, it was possible to enter the event very energetically.

The technical basis of the Football-Pong game is a unique optical technology, which gives everyone a small reflector cell to control the game. Cameras in the hall capture the individual trowel reflexes and computers evaluate the signals in real time. Thus, various games can be played with large groups of up to several thousand participants – from football to car racing to the sailing or flight simulator. The system can also be used to perform very fast votes in the audience and to get feedback from the participants. A big advantage over other polling technologies is that the eyes and the attention of the participants always stay focused on the stage and there is no distraction. The results of the votes are immediately available live to the audience and the process is completely transparent.

The employees at Daimler had a lot of fun with the game and after only a few seconds the mood in the room boiled as the teams tried to score goals. According to the customer, it has been possible to create a suitable emotional entry that integrates all participants, and in addition contributes to the team spirit of the team. 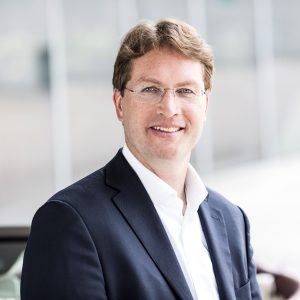 “SwarmWorks has greatly enriched our event.”